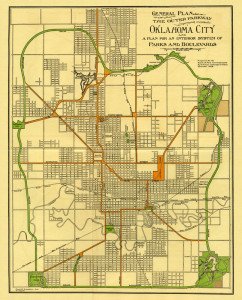 Many in Oklahoma City are familiar with Grand Boulevard. There is even an exit for it off I-35 between SE 29th and SE 44th street. And they may drive it when touring the opulent homes in Nichols Hills. Or jog along its path in south OKC. Or follow it to Trosper Park in Del City, or Lincoln Park on northeast Oklahoma City.

How can one road be seen in so many places in Oklahoma City? Doesn’t this cause confusion?

This plan from 1910 is the basis for many of the parks we see in Oklahoma City today – Trosper Park, Lincoln Park, and Woodson Park being the most prominent. This “Grand Boulevard” was designed to loop around the outskirts of Oklahoma City and provide a plan for not only parks and a road, but for zoning and long term development of Oklahoma City.

The plan wasn’t formally adopted by the City Council until 1930 and of course by then a few things had changed, but the basics of the plan was still in place. The right-of-way for the loop and parks was acquired and construction began. The loop was never officially completed until the construction of the Interstate system was developed, using much of the right-of-way acquired for the Grand Boulevard loop. That is why you see many of the access roads around I-44 and I-35 labeled “Grand Boulevard”.

I decided to retrace this route with my dual sport bike several years ago. It is a challenge trying to piece the route together without actually driving on the Interstate. My goal was to travel as many roads labeled “Grand Boulevard” as possible while sticking to the original route yet staying off the Interstate. This way I thought the route could be ridden by any motorcycle or even bicycle. Recently I rode this route again and logged it with my GPS so I could share with others. It took me and my daughter Emily Mathews exactly 2 hours to ride the route with a couple of short stops along the way. You have to really pay attention to the route in certain places. For example, near I-44 and Kelly, if you take the wrong turn it can lead you onto the Interstate, while if you turn just 20 yards further, it takes you along the I-44 access road – i.e. Grand Boulevard.

There are several interesting stops along the way and I only included a few in my GPS file. Tombo Racing, a long time Oklahoma City motorcycle speed shop, is located right on south Grand Boulevard just east of I-35. You will also pass Capitol Hill High School, and of course Trosper Park and Lincoln Park. The Railway Museum is marked near Lincoln Park, and the route takes you right in front of the OKC Zoo and Remington Park.

You can download the route by clicking “download” beneath the map. This will download GPX waypoints, which you can then load into most any GPS unit. Then follow the tracks for a tour around the “Outer Loop” of Oklahoma City!

For those of you without a GPS. you can click the Google Map below and follow the route on your phone:

Below are many beautifully hand drawn maps from the original 1910 plan. 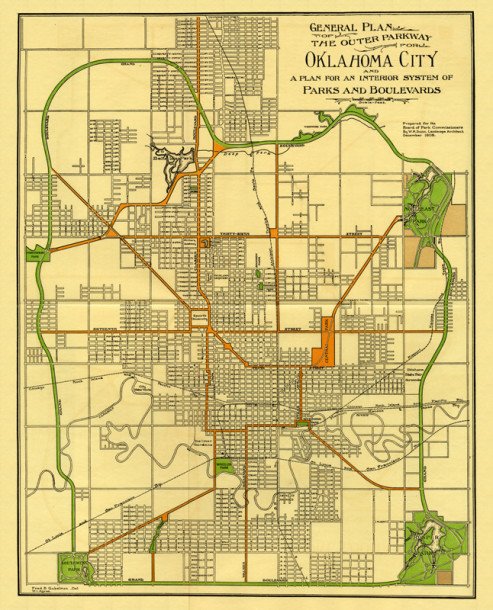 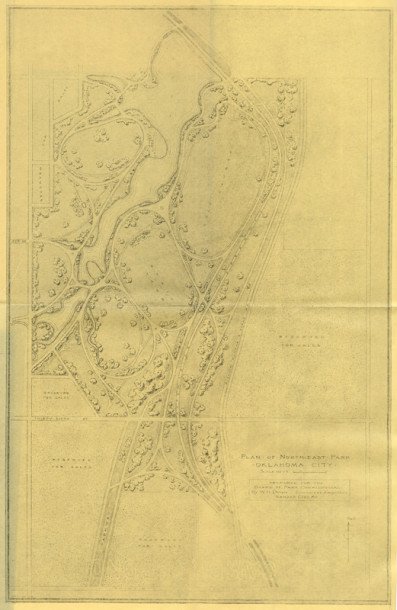 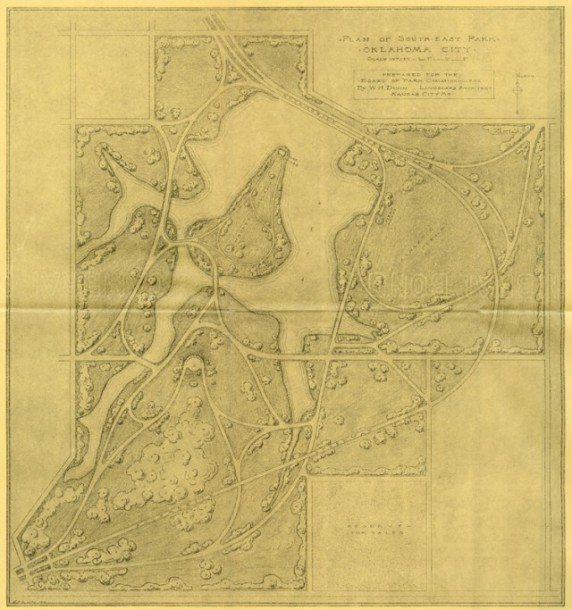 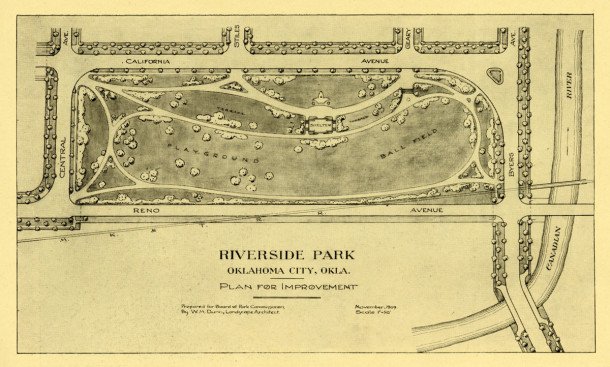 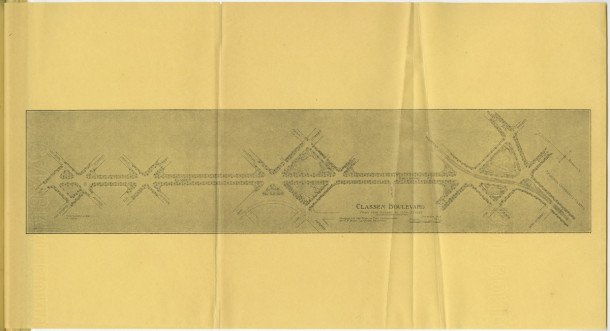 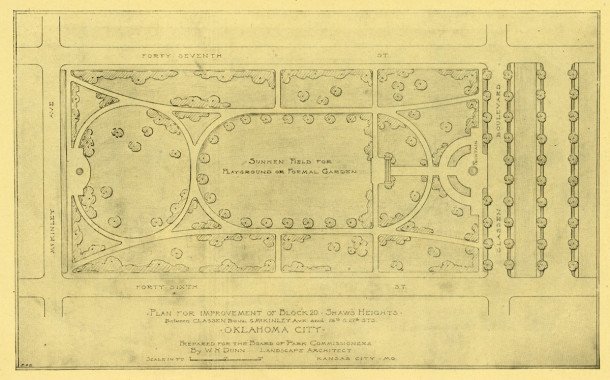 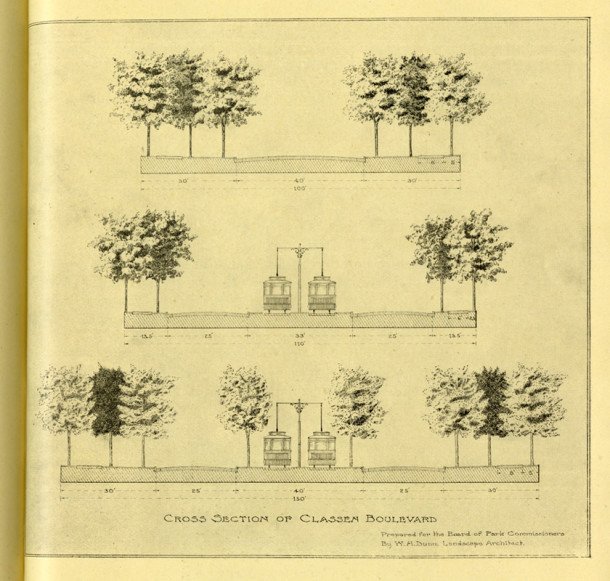 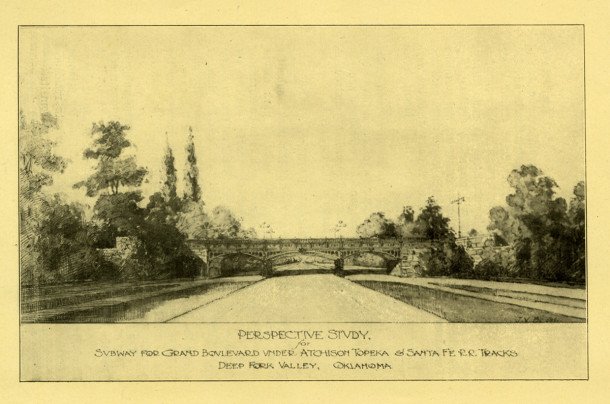 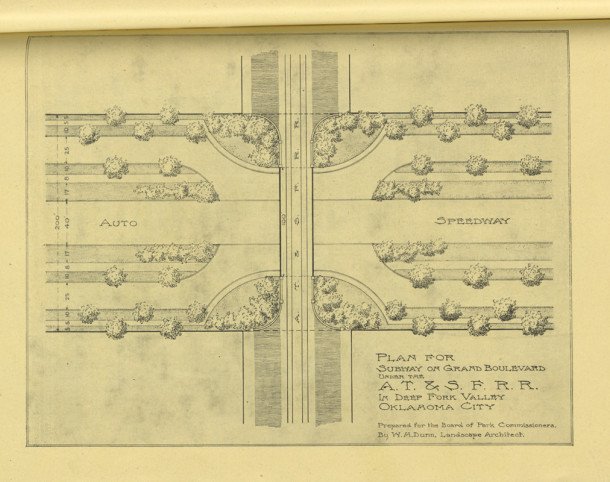 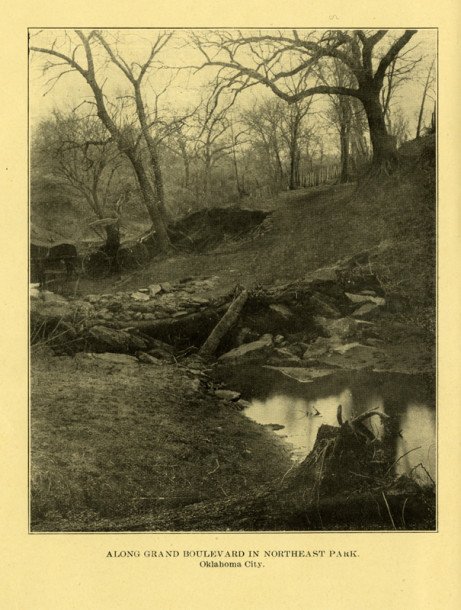 Below is a map of Oklahoma when it was still Indian Territory. Oklahoma City was nothing more than a stage stop along the route. 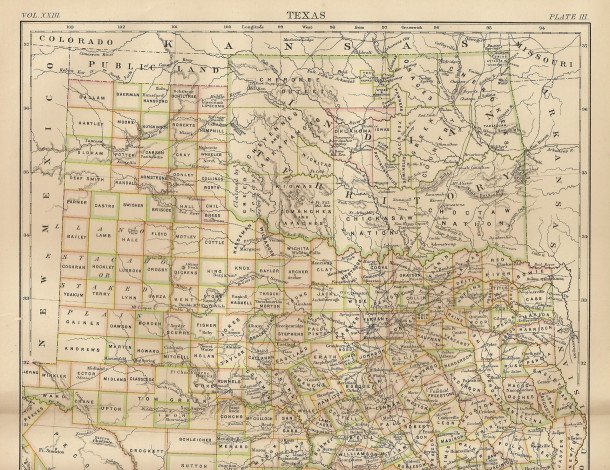 Here is an artist rendering of Oklahoma City circa 1890. 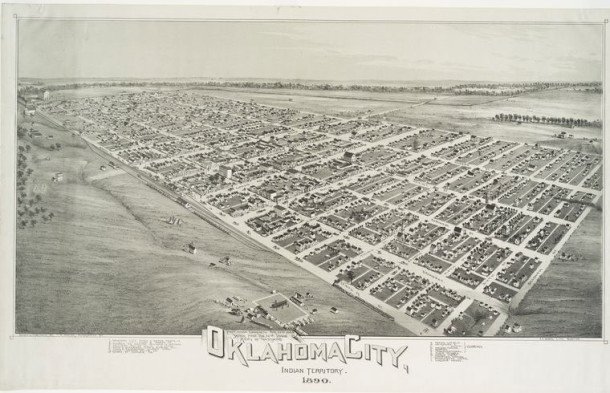 The two images below are from the Oklahoma Historical Society and are scans of a tourist handbill about Oklahoma City. 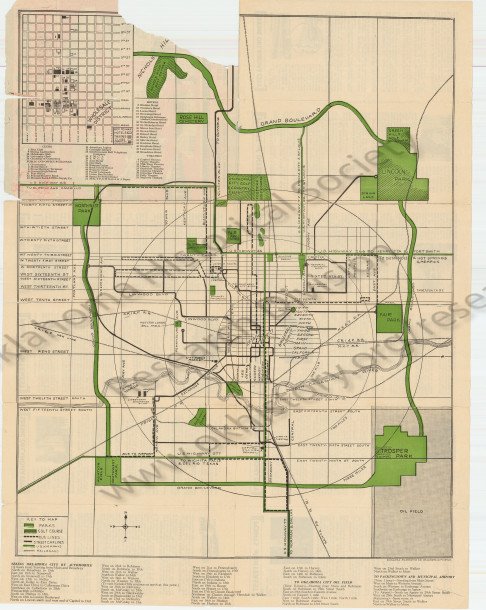 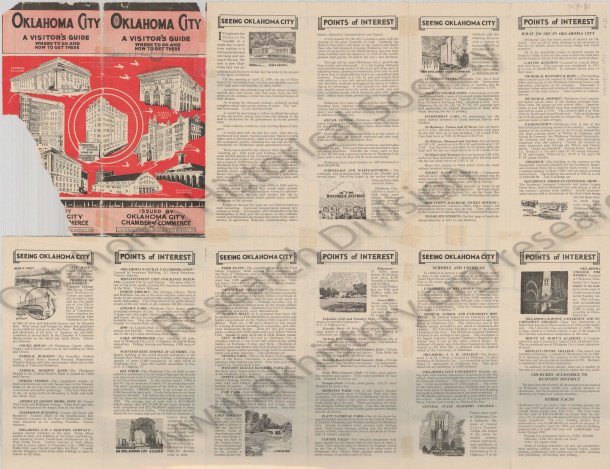 Finally, here are a few newspaper articles from years past you can download to read about Oklahoma City’s “Grand Boulevard”.

How Oklahoma City Secured Its Park and Boulevard System

1909 Story about The Park System of Oklahoma City

Cloud Chief – Oklahoma Ghost Town Cruising down Oklahoma State Highway 152 in western Oklahoma on my BMW enduro bike, a dot popped up on…

J.R. posted an update 6 months ago

J.R. posted an update 6 months ago