In 1966, the Beatles song “We Can Work it Out” topped the charts, the Green Bay Packers beat the Cleveland Browns in the NFL Championship game, B-52’s first bombed Vietnam, and Ronald Reagan was elected governor of California. And 19 year old Oklahoman Tommy Smith traded $1,470 and a leaky 1958 Panhead for a brand new full dress Harley Davidson FLH, which he still owns and rides today.  Sort of.  While the suspension, frame and components wore out long ago, the ultra-reliable HD motor has survived transplantation into three frames over 43 years.

I met Tommy at the Jeff Williams Motorcycle Show in Oklahoma City in early February.  He had just completed the third rebuild of his beloved shovelhead and was displaying it for others to admire. Like Tommy, his bike is understated, but I found the story behind his chopped shovel intriguing.  I am always a sucker for a good story.

Like many Oklahoma youths, Tommy left home at an early age to work in the oilfields.  His first job was in Ohio working on a pipeline.  The pay was good and after his first few paychecks, he purchased a 1958 Panhead FLH full dress Harley.  After riding it a few months he traded it in on the 1966 Shovelhead and promptly rode it to Cocoa Beach, Florida for some rest and relaxation.  Returning to Oklahoma, he got married and started working as a welder, which is his profession today.

Tommy’s first foray into custom bike building began in 1970, when he bought a 1952 WLA 45 cubic inch Flathead and promptly turned it into a chopper. “It was a fun bike to ride” explains Tommy.

After several paint jobs on his beloved Shovel, Tommy wrecked it in early 1971. “I spent a week in the hospital with a busted kidney” said Tommy.  Never satisfied with a factory bike, Tommy rebuilt several motorcycles through the early 1970’s, culminating in 1973 when he put his 1966 Shovel motor in a 1947 rigid frame with an 18” over springer front end.  This creation earned him a write up in the December 1974 issue of Choppers Magazine.

Over the years Tommy built dozens of custom bikes for friends and acquaintances.  He continually rebuilt the 66 motor, adding an S&S big bore kit, installing an electric starter, and rebuilding the frame. Eventually Tommy moved to Stillwater and built a lovely home near Lake McMurtry.  “I built the house myself and paid for it as I could afford it” says Tommy proudly.  “We see some beautiful sunsets from our back porch.” In 2002 Tommy started TR Cycleworks and began work in earnest on building custom motorcycles.  In 2006 he built a 180 softail custom with an EVO motor and won first place at the 2007 OKC Motorcycle Show.  He later sold this bike and looked to the 1966 shovel once more. Tommy wanted a custom chopper that he could also ride, so he dropped the shovel into a softail frame and promptly won his class in the 2009 OKC Motorcycle Show.

“I build custom motorcycles because it is something I love doing.  During the summer I will do pipeline welding inspection and during the winter I retire in my shop and build motorcycles. Just drop a few logs in my homemade stove and this place warms up real nice. I hope to retire soon and just work in my shop on bikes.”

If you call before you stop in, Tommy will be sure and throw an extra log or two on the wood burning heater, making his spacious shop nice and toasty and ready for some good old fashioned bench racing! 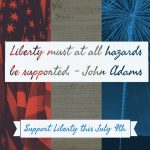